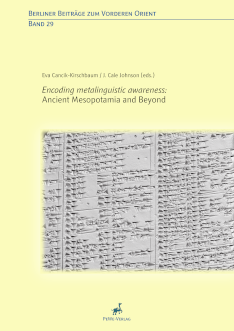 The Ancient Near East provides a particularly striking example for the dynamics of knowledge transfer throughout space and time. The civilizations that emerged here, at the dawn of history, attest to continuous processes of exchange, adaption, and negotiation, to the emergence of content and its reconfiguration, to diffusion, disappearance and resurgence of themes, concepts, topics and ideas. In the late fourth millennium the creation and implementation of supraregional notational systems in southern Mesopotamia triggers a cognitive revolution: within a few centuries the use of writing becomes a dominant cultural technique and over the subsequent millennia the technique of wedge-writing spreads throughout southwest Asia.
Numerous indigenous cuneiform subcultures came into being in a wide variety of times and places, but these distinct instantiations were held together (and preserved the possibility of common legibility) through shared practices of teaching and learning, a common core of textual materials and, not least, a systematic instrumentarium for representing speech and notation. This repertoire is part of each of these streams of tradition, which characterise the cuneiform cultures as a whole. In light of the centuries of tradition, the great effort that has gone into its construction and maintenance as well as the preservation of original linguistic materials and their translation into more familiar languages, the validity of this scientific tradition, broadly conceived, cannot be disputed. Still, even if the historical processes of transmission within the cuneiform world and the difficulties of translating cuneiform sources into non-cuneiform traditions prevented a general and far-reaching mobilisation of the cuneiform sources as vehicles for scientific reflection, these same factors also ensured its continued survival in Mesopotamia and Syria for not centuries, but rather millennia.
One of the most important components of this process was the awareness of practitioners about language, its role for and its impact on the generation of knowledge, and specifically about linguistic patterns. Among the literally innumerable textual artefacts from the ancient Near East, there are some that both explicitly and implicitly encode traces of this distinctively linguistic awareness. It was in pursuit of these traces of (meta)linguistic awareness that the participants in this volume came together.